You are here: Home1 / Tech Support2 / How to Choose a Dummy Load?

How to Choose a Dummy Load? 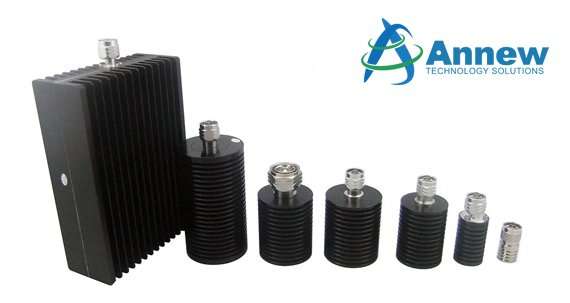 it is  used as the substitute of an antenna during radio transmitter tests.

when they try to connect their transmitter radio frequency (RF) output with a non-radiating load.

What are the  functions of RF dummy load?

1.When test a radio transmitter, a load acts as protector of the transmitter. If there is no such a dummy load, the transmitter may result in being damaged. An antenna is the normal load for the test, while a dummy load is the replacement of the antenna. A dummy load with 50 ohms gives your transmitter the proper resistance, protecting it at its final RF amplifier stage,so it is also called 50 ohm dummy load.

2.When test and adjust the transmitter, you may receive other radios signal on your test frequency, which can cause interference. The dummy load is able to avoid RF wave reflections which can cause distortion of information. As a result, you can get correct adjustments.In the same way, you won’t  QRM (artificial interference to transmission) others’ transmitter adjustment.

3.it is also used as a substitute of the loudspeaker during audio amplifier testing.

The performance of RF dummy load

A dummy load is a pure resistance normally . The dummy loads on the market are mainly consisted of gold plated brass center conductor, nickel plated brass coupling nut, PTFE insulator, parallel aluminum oxide ceramic resistors,black passivated aluminum heatsink or other alloy heatsink . Radio amateurs, may have their own versions of dummy loads made of less advanced materials for .

The amount of resistance a dummy load produces should be the same as the impedance of the antenna or transmission line used with the transmitter. The standard is 50 ohms or 75 ohms,in RF situation,we use 50 ohms load.

How to choose a  dummy load?

There is no specific standard for materials.

Tip1:The dummy load should be the same resistance as the antenna does,

as its role replacement of antenna play,it should match transmission line well.
Tip2:When to test, the dummy load absorbs the radio signal and energy delivered by the

transmitter. At later phrase, the absorbed energy will be converted to heat.Therefore,

a good dummy has to be capable of tolerating the power/heat,it is so important of a

it can not meet the ideal target,It is better to get close to 1:1, In antenna situation,1.5:1 is acceptable.
Tip4,When order a dummy load,you may tell supplier:

Somthing you need to know about 5G
Scroll to top